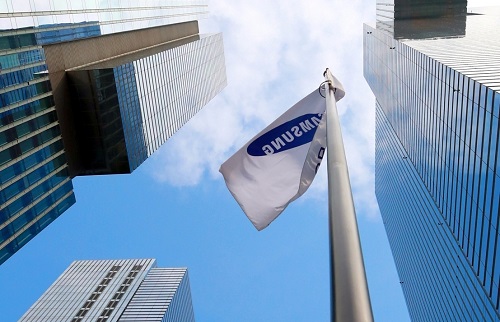 Samsung overtook Huawei as the top smartphone seller in the world in the third quarter of this year even as the global smartphone market grew 32 per cent quarter-over-quarter to reach 366 million units in Q3 2020, a Counterpoint Research report said on Friday.

However, compared to the same period last year, the global smartphone market in Q3 declined four per cent.

The recovery in Q3, compared to Q2, was driven by all key markets, like the US, India and Latin America, returning slowly to normal due to eased lockdown conditions.

"Eased lockdown conditions in all key markets made way for exports and imports, thus streamlining the supply chain again. Also, the pent-up demand due to lockdowns helped the smartphone market take a recovery trajectory," Tarun Pathak, Associate Director at Counterpoint Research, said in a statement.

This is the highest ever shipment by Samsung in the last three years, according to Counterpoint.

The company managed to recover in markets including India, Western Europe and Latin America, driven by new models like the Note 20 and from the A-series.

In India, Samsung surpassed Xiaomi to become the No. 1 player, driven by the success of the M Series.

Huawei was the runner-up in the global market but showed a declining trend as its share dropped from 20 per cent in Q2 to 14 per cent in Q3.

Xiaomi grew 75 per cent QoQ to grab 13 per cent share for the quarter. Notably, this was also the first time when Xiaomi surpassed Apple to capture the third spot in the global smartphone market.

Apple iPhone shipments declined seven per cent YoY during Q3 as the company delayed its annual iPhone launch from Q3 to Q4.

Counterpoint said it expects Apple's performance to bounce back in Q4 with the launch of 5G-powered iPhone 12 series.

The fifth spot in the global smartphone market was captured by OPPO which grabbed eight per cent market share in Q3.

OnePlus grew two per cent YoY and 96 per cent QoQ driven by the strong performance of 8 series and the Nord in key markets like India and Western Europe.

Huawei drove more than 40 per cent of the total 5G shipments, thanks to strong performance in China, said the report.

"Affordable 5G devices will drive this segment, especially in China, in the coming quarters. Also, with the launch of the iPhone 12 series in Q4, Apple will be the key to driving 5G volumes in markets like the US, Canada and Western Europe."