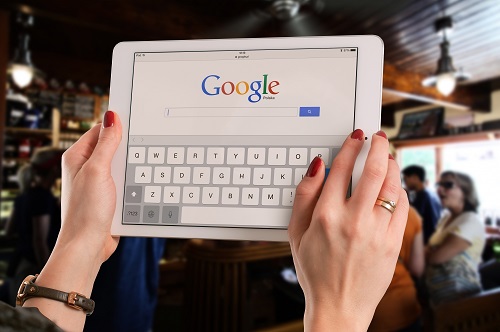 We pay Big Tech to promote our services: Google on lawsuit

Stressing that this is not the dial-up 1990s when changing services was slow and difficult and often required to buy and install software with a CD-ROM, Google has vehemently defended its position after the US Department of Justice and 11 state Attorneys General sued the tech giant for allegedly abusing its market position in the domain of online search.

Claiming that the lawsuit relies on dubious antitrust arguments, Google said that like countless other businesses, the company pays to promote its services.

For digital services, when you first buy a device, it has a kind of home screen "eye level shelf."

"On mobile, that shelf is controlled by Apple, as well as companies like AT&T, Verizon, Samsung and LG. On desktop computers, that shelf space is overwhelmingly controlled by Microsoft," argued Kent Walker, SVP of Global Affairs at Google.

So Google negotiates agreements with many of those companies for eye-level shelf space.

"Our agreements with Apple and other device makers and carriers are no different from the agreements that many other companies have traditionally used to distribute software," Walker said.

"Other search engines, including Microsoft's Bing, compete with us for these agreements. And our agreements have passed repeated antitrust reviews," he added.

Apple earns over $7 billion a year from Google for it to be the default search engine for iOS and Siri.

While Google pays over $7 billion a year to be the default search engine for iOS and Siri, it is approximately 30 per cent of an estimated $25 billion in annual ad revenue Google generates from Apple devices.

According to Walker, Apple features Google Search in its Safari browser because they say Google is "the best."

"This arrangement is not exclusive -- our competitors Bing and Yahoo! pay to prominently feature, and other rival services also appear," Walker noted.

Apple's iPhone makes it simple to change your settings and use alternative search engines in Safari – "and it's even easier in iOS14 where you can add widgets from different providers or swipe on the home screen to search".

When it comes to Microsoft, Google doesn't come preloaded on Windows devices.

"On Android devices, we have promotional agreements with carriers and device makers to feature Google services," he added.

These agreements enable Google to distribute Android for free, so they directly reduce the price that people pay for phones.

"But even with these agreements, carriers and device makers often preload numerous competing apps and app stores," Walker informed.

The data shows that people choose their preferred service.

"When Yahoo! paid to be the default search engine in Firefox, most Americans promptly switched their search engine to their first choice—Google.