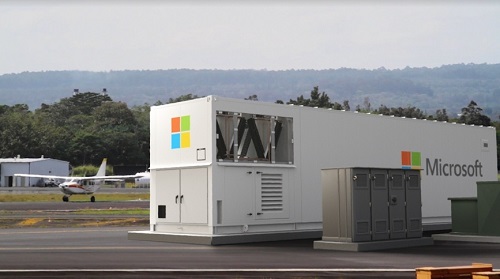 In a significant development, Microsoft on Tuesday announced a partnership with Elon Musk-run SpaceX to take on Amazon Web Services (AWS) which is the Cloud arm of the ecommerce behemoth, in the lucrative space Cloud business.

It came after Amazon's Cloud arm AWS launched the 'Aerospace and Satellite Solutions' business segment in July, dedicated to accelerating innovation in the global aerospace and satellite industry.

"We have brought together a team of renowned space industry veterans to work alongside our world-class product engineers and scientists to build cloud capabilities that meet the unique needs of space," Microsoft said.

The innovation areas include simulating space missions, discovering insights from satellite data, and fueling innovation both on the ground and in orbit.

"By partnering with leaders in the space community, we will extend the utility of our Azure capabilities with worldwide satellite connectivity, unblock cloud computing in more scenarios, and empower our partners and customers to achieve more," the tech giant said.

Data collected from space to observe Earth is instrumental in helping address global challenges such as climate change and furthering of scientific discovery and innovation.

Azure Orbital enables satellite operators to schedule contacts with their spacecrafts and directly downlink data into their virtual network (VNet) in Azure.