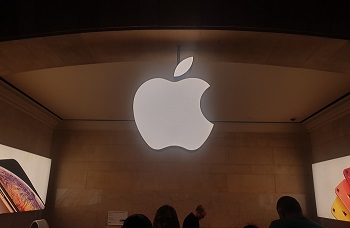 Apple has temporarily waived its customary 30 per cent App Store fee on in-app purchases for paid online events by small businesses on Facebook.

The social networking giant said on Friday that online event fees will be processed through Facebook Pay without Apple collecting its 30 per cent cut, reports TechCrunch.

It means that small businesses will receive all of the earnings from their online events.

This Apple waiver will last until December 31 and will not apply to gaming creators.

Facebook last month launched a new ability for businesses, creators, educators and media publishers to earn money from online events on its platform.

Facebook Page owners can now create an online event, set a price, promote the event, collect payment and host the event, all in one place.

Facebook Pages in 20 countries around the world that meet the company's partner monetisation policies can start charging for online events, making it easier for millions of people and small businesses to make money on the social network.

The company said that to support small businesses and creators, it will not collect any fees from paid online events for at least the next year.

Despite Apple reversing its decision, Facebook appeared not very happy.

"This is a difficult time for small businesses and creators, which is why we are not collecting any fees from paid online events while communities remain closed for the pandemic," a Facebook spokesperson said.

"Apple has agreed to provide a brief, three-month respite after which struggling businesses will have to, yet again, pay Apple the full 30% App Store tax".

Apple said in a statement that the App Store provides a great business opportunity for all developers, who use it to reach half a billion visitors each week across 175 countries.

"To ensure every developer can create and grow a successful business, Apple maintains a clear, consistent set of guidelines that apply equally to everyone".

Earlier this month, Facebook CEO Mark Zuckerberg said that the iPhone maker needs to be scrutinised.

In an interview with Axios, Zuckerberg said that people should be looking into the "unilateral control" that Apple has over "what gets on phones, in terms of apps."

Facebook recently acknowledged that Apple's upcoming iOS 14 may lead to over 50 per cent decline in its Audience Network advertising business.

Apple had also rejected Facebook Gaming app on the App Store, as it was a direct threat to the livestream gaming service Apple Arcade.

According to Facebook Chief Operating Officer Sheryl Sandberg, the company managed to launch an iOS version of its gaming app after it was "forced to make a concession to bring it to the App Store".