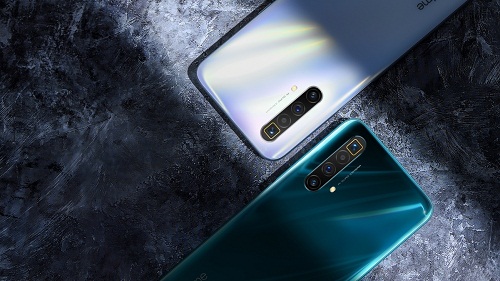 Chinese smartphone maker Realme on Wednesday announced that it had sold 8.3 million units of overall devices, of which 6.3 million were during festive days with 20 per cent growth compared to the festive season last year.

Realme also became the fastest brand in the world reaching five crore sales of which which three crore came from India. It is also the world's fastest growing smartphone brand for five consecutive quarters according to the Counterpoint Q3, 2020 Global Smartphone Shipment report.

"We are overwhelmed to see the adoption of Realme products at such a fast pace. Realme offers the most blockbuster products which are high on features, style and performance and is available across price segments," said Madhav Sheth, Realme Vice-President and CEO, Realme India, Europe.

According to the company, its dare to leap approach has resulted in its fast growth within only 30 months since its launch.

IDC India Monthly Wearable Device Tracker-September 2020 historical data release based on unit shipment revealed that Realme was ranked number one in the "Wearable Watch" category in India with 22.1 per cent share during September 2020.

The company had released more than 50 Internet Of Things (IoT) products in 2020 and plans to double it in 2021.

Realme said it had won five top International design awards and collaborated with world-class designers on its products through the Realme Design studio.