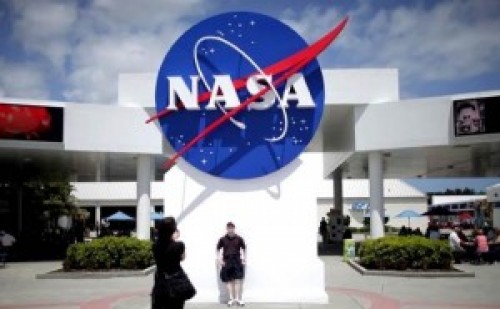 The spacecraft began a three-hour journey to the space station from the Baikonur spaceport in Kazakhstan at 10.45 am local time.

"Kate Rubins of @NASA_Astronauts & Sergey Ryzhikov and Sergey Kud-Sverchkov of Roscosmos launch to the @Space_Station! Their 6-month mission will coincide with the #SpaceStation20th anniversary marking 20 years of continuous human presence," NASA said in a tweet.

Their journey marks the first time a Soyuz crew has taken the fast-track, two-orbit rendezvous path to the space station.

The new crew members will join Expedition 63 Commander Chris Cassidy of NASA and Roscosmos cosmonauts Anatoly Ivanishin and Ivan Vagner, who will complete their station mission and land on Earth on the steppe of Kazakhstan on October 21, US time, in the Soyuz MS-16 spacecraft that brought them to the station on April 9, NASA said in a blog post.