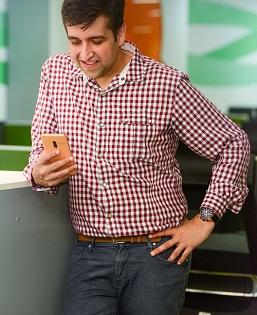 Madhav Sheth, Vice President, Realme and CEO, Realme India, Europe has confirmed that the company is all set to launch its 5G smartphone 'Realme X7' in India next year.

Sheth tweeted that the company was the first to bring 5G smartphones to India with Realme X50 Pro, launched in February this year. He added that Realme X7 series will democratise 5G technology in 2021.

"We were the first to introduce 5G smartphones in India with #realmeX50Pro. Now our plan is to democratize 5G technology in 2021 starting with the launch of #realmeX7 series and then bring it to more devices. #DareToLeap with us as #realme gets ready to be the 5G leader," Sheth mentioned in a tweet recently.

Under the hood, the phone features the MediaTek Dimensity 800U SoC paired with up to 8GB RAM and 128GB storage.

The phone houses a 64MP quad-rear camera setup and a 32MP selfie camera.

It is powered by the MediaTek Dimensity 1000+ SoC paired with up to 8GB RAM and 256GB onboard storage.

The smartphone also packs a quad-camera setup at the back with a 64MP primary sensor. There is the same 32MP selfie camera.

The device gets its fuel from a 4,500 mAh battery with 65W fast charging.